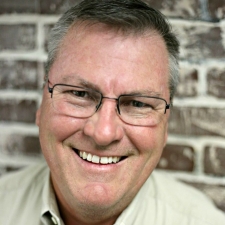 In business as well as my personal life I always strive to make everyone happy.  So in everything, do to others what you would have them do to you, for this sums up the Law and the Prophets.

Rodney was raised in Mason Texas and upon graduating High School he entered the U.S. Air Force.  After Tech school he was stationed here in San Angelo at Goodfellow AFB.  Rodney stayed in the Air Force for four years and then he moved to Austin and worked as a manager for the Lakeway Company (managed bar operations).After working for the Lakeway Company for 3 years he entered the Real Estate world working for M.E. "Gene" Johnson managing over 100 rentals in mostly East Austin.Rodney did this for several years and decided to get his Real Estate license in 1994.He went to work for Newmark Homes in Austin selling new homes from 1995-2000.In 2000 he moved back to San Angelo and worked for one of the big companies for six years.Aftering discovering that he wanted to offer his clients lower commissions he decided to open up his own company.

Rodney is a Broker and has sold well over 85 Million dollars worth of homes over the years.Rodney is married to his business partner Leslee Fleming and has three kids-Matt,Zach and Megan.He also has two German Shepherds Zoe and Lucy and lives in Wall school district.